Alkaline Plant Based Diet » Dr. Sebi » After Dr. Sebi’s Died He Is Found Not Guilty!

After Dr. Sebi’s Died He Is Found Not Guilty!

After Dr. Sebi Died He is Now Found Not Guilty

This is a tragedy! Dr. Sebi was arrested on money laundering charges, was jailed, died in jail, and then found not guilty.

The Dr. Sebi Cell Food Facebook page released a post on November 9, 2016 stating Dr. Sebi and Pablo Medina were found not guilty of money laundering by the Court in San Pedro Sula, Honduras.

Pablo Medina was released from jail and is on his way home to his family at Dr. Sebi’s Cell Food in California.

The Dr. Sebi community feels there was foul play involved in about his arrest and how Dr. Sebi died.

8/9/16: Dr. Sebi’s funeral will take place on Thursday, August 11th, 2016. Wherever you are in the world, please stop for one minute in stillness and silence at 12noon your time to join with us in paying respects. ‪#‎drsebi‬

8/9/16: The Dr. Sebi community is piecing together information about how Dr. Sebi died, while waiting to receive official word from his USHA Research Institute. Alfredo Bowman, who is known lovingly as Dr. Sebi, died in jail after being held on charges of money laundering.

The Civil Court from Roatan decreed judicial detention for the naturist Alfredo Darrington Bowman and the Mexican Pablo Medina Gamboa for not being able to justify more than $20000 that they were carrying when they were leaving Juan Manuel Galvez airport. Mario Carballo informed us.

Authorities released Dr. Sebi to appear before the court on June 3, 2016 to verify where the money originated. The Public Ministero imprisoned Dr. Sebi on charges of money laundering after his June 3, 2016 hearing.

Dr. Sebi was in jail since June 3, 2016  and was reported to have become ill with pneumonia on August 5, 2016 and his condition quickly worsened. Dr. Sebi died in transit as he was taken to Vicente D’antoni Hospital in La Ceiba, Honduras on August 6, 2016.

La Prensa reported Dr. Edwin Interiano admitted Dr. Sebi to the hospital and stated he had no information about how he was treated in jail.

Garden Bowman, his brother, had questions about how Dr. Sebi died, and if something underhanded happened. He said he entered Dr. Sebi’s cell to find he wasn’t breathing and presumably dead. This was a shock to Garden Bowman because his brother only had “two months and three weeks to stay here.”

Our community also has questions about how Dr. Sebi died. Rest in peace our elder brother.

8/22/16
Dr. Sebi’s longtime friend Mel Watkins spoke on about his arrest and death in the video below.

Update 8/6/16: This video was recently released by a visitor at the USHA village. Dr. Sebi was being held in prison for a few weeks where he developed pneumonia.

Funmilola announced on her Youtube channel “I am saddened to announce that Dr. Sebi passed this morning at a hospital in Honduras. He became sick with pneumonia while being held in prison. His condition escalated quickly and he was transferred to a nearby hospital. We are unsure about what type of treatment he received over the course of the last few days, both before and after being submitted to the hospital.”

#‎Ultimahora45tv‬ — dies the famous Dr. SEBI
La Ceiba.- This Saturday died for complicity of health Alfredo Darrinton Bowman, known as the doctor sebi, he was transferred from the presidio of neighborhood English, but he died before reaching the hospital d ‘ Antoni.
Dr. Sebi became famous after becoming the doctor naturalist of luminaries as Michael Jackson, Lisa Lopez, Steven Seagal and other international artists.
The doctor sebi kept prison in the presidio of neighborhood English, after being arrested in possession of 37 thousand dollars at the airport of Roatan.

Dr. Sebi was arrested for having 37 thousand dollars and was taken to a jail in Roatan. Why was Dr. Sebi arrested for carrying that amount of money when it is known he was a celebrity? How long was he kept in jail and why did suffer from health complications while in jail?

Dr. Sebi died on August 6, 2016. Rest in peace and thank you for being a vessel of healing for many. The picture is an Instagram post from his daughter Saama Bowman confirming Dr. Sebi has passed on to continue the next stage of his life.

Learn more about the The Alkaline Body » 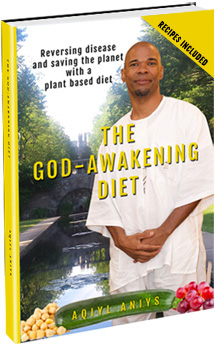