Apple Cider Vinegar (ACV) is more harmful than it is helpful. Apple cider vinegar is extremely acidic, is not alkaline forming, and threatens the state of homeostasis in the body.

Some people have been able to lose weight and lower their blood sugar level with ACV, but at what cost?

You must consume alkaline or alkaline forming foods to keep the body in a state of homeostasis. Homeostasis is the state where the organs and metabolic functions operate at their optimal level and where there is no sickness.

Dropping below a 7.4 pH in the blood (a range between 7.35 pH and 7.45 pH) can result in metabolic acidosis and shock and death.

It is vitally important to maintain a slightly alkaline 7.4 pH in the blood, because it reduces the amount of hydrogen in the blood.

The herbalist Dr. Sebi was instrumental in bringing to light the role of acidity as the root of disease.

The herbalist Dr. Sebi was instrumental in bringing to light the role of acidity as the root of disease. Learn more about alkaline foods on the Dr. Sebi Nutritional Guide »

Too much hydrogen in the blood obstructs the delivery of oxygen and nutrients to the organs and cells through the body.

The blood feeds every organ and metabolic process, so the body uses all of its resources to keep the oxygen and nutrients flowing as best as it can.

This is why the pH of the blood is the equilibrium reference points and sets the stage for homeostasis.

The body’s buffering systems work diligently to prevent the blood’s pH from shifting too much. Unfortunately, prolonged consumption of acidic foods cause these systems to damage rest of the body.

The buffering systems strip alkaline material from bones and from fluids throughout the body to maintain the equilibrium of the blood.

As the blood goes, so does the whole body. The chronic consumption of acidic foods leads to the development of chronic metabolic acidosis, which doesn’t kill you right away.

Chronic metabolic acidosis leads to the development of chronic diseases like diabetes and heart disease. The development of disease depends on which areas the buffering systems hit the hardest.

(Note: I used the video to highlight the point that the foods we consume affect the pH level in the body. They either support or compromise the pH and the equilibrium of the blood. He lists symptoms for being too alkaline, but like the acidic symptoms the alkaline symptoms have a greater association with the body being too acidic. These symptoms are all part of chronic disease which have a far greater association with the acidic Western diet, than the alkaline plant-centered diet.)

Baking is it not a natural whole food and though it is alkaline it can throw off the pH in the body.

Apple Cider Vinegar Has A PH Around 2.5 – 3 That Severely Acidifies The Body

The video demonstrated the high acidity of vinegar, which consists mostly of acetic acid and water.

The usual recommended dose is one tablespoon of apple cider vinegar before meals. This is around the acidity of the stomach, which enters the blood and threatens to acidify it.

People have been successful in using apple cider vinegar to lose weight, control blood sugar levels, and symptoms of diabetes.

This is due to ACV’s hyper-stimulation of the thyroid gland, at the expense of acidifying the body and compromising other areas and functions of the body.

The hyper-stimulation of the thyroid eventually leads to its compromised health. 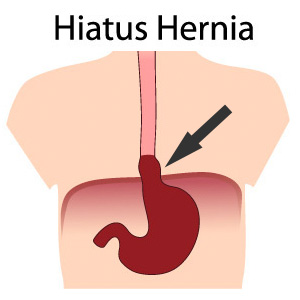 Some people have been successful in using apple cider vinegar to reduce the burning sensation of acid reflux. This works for some people because the high acidity of ACV supposedly causes the body to close the opening of the stomach that leads to the esophagus.

This is called a hiatus hernia, and the addition of vinegar which is around the same pH as stomach acid intensifies acid reflux.

The recommendation is 1 tablespoon of ACV before meals to help manage blood sugar levels and diabetes symptoms.

People sometimes drink ACV straight, but they should aways dilute it with water. You can see how one drop of vinegar lowers the ph of alkaline water, so image what one tablespoon will do.

The acidity of stomach acid damages the cells lining the esophagus, and can cause them to mutate into cancer cells. The acidity of ACV can do the same thing.

Sites like the Reader’s Digest  have promoted the use of ACV to sooth sore throats caused by germ or bacterial infection. The acid in apple cider vinegar does kills bacteria, but is also damages the tissues of the throat. 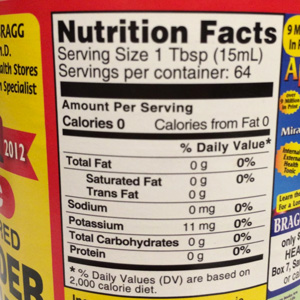 Apple cider is basically absent of nutrients, though many claim it is high in nutrients. The Reader’s Digest article supports claims the high potassium content in ACV is responsible for clearing stuffy noses, thinning mucus, boosting energy, and reducing cramps.

The label on the Bragg apple cider vinegar bottle says the 1 tablespoon serving contains 11 mg of potassium, which is 0% of the DV.

Apple cider vinegar is made from apples, and therefore is associated with the high nutrient content in apples.

There is no evidence supporting apple cider vinegar is high in nutrients, and the USDA lists vinegar as having virtually no nutritional value.

Apple cider vinegar is supposed to support the health of teeth by killing bacteria in the mouth and whitening teeth.

Yes the acetic acid kills bacteria in the mouth, but the acid softens and weakens the teeth’s enamel. This leaves teeth susceptible to corrosion.

Apple cider vinegar does support weight loss and lowers blood sugar level. It does this by interfering with the digestion of carbohydrates.

As a result, the digestive process releases carbohydrates into the blood stream at a slower rate, which controls the spike in blood sugar level.

In contrast, the consumption of an alkaline plant-based diet naturally manages weight and blood sugar levels.

The plant-based approach supports the overall health of the body instead of paying Paul by Robbing Peter.